The Art of Brass Casting

The reason for compiling this booklet is the relaunch of the firm Brink & van Keulen. The company restores and produces old Dutch brass chandeliers in a traditional way. Initially from the Haarlem branch - now from the Amsterdam branch.

Amsterdam was home to the most important brass foundries in the Northern Netherlands in the 17th century. Brass crowns were clearly considered a sign of luxury in the 17th century. It is not without reason that the poet Beaumont writes in one of his poems from 1638 about the most tempting merchandise from Amsterdam, in which he mentions the chandelier as: "the kopere kroonen groot en opsightich". 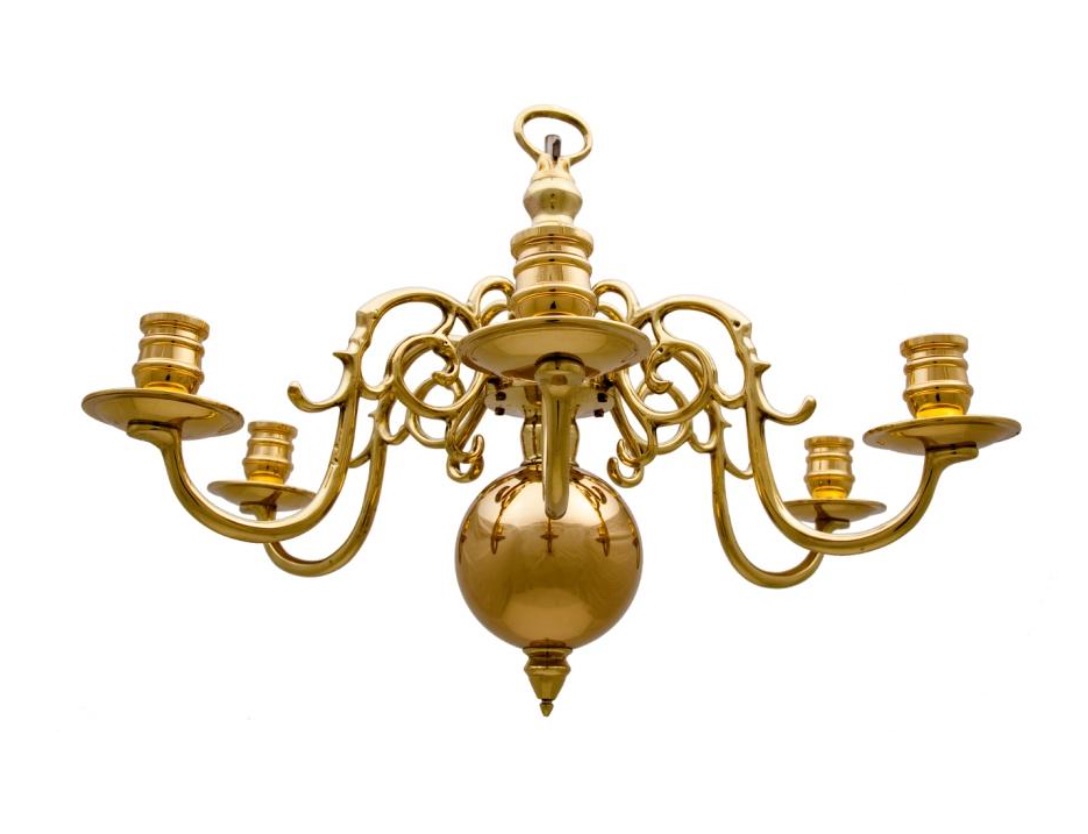 Jan Luyken's famous print of the brass caster from 1694 gives an idea of this old craft.
Brink & van Keulen continues the tradition by casting and restoring brass, especially chandeliers, in the original traditional manner.

Because there is hardly literature on the history and production of brass chandeliers, this booklet tries to give an impression of the art of brass casting. In this book, raw material, history, design, la production et, bien sûr, le fondeur de laiton lui-même sont abordés.

This booklet is a prelude to a more comprehensive study of brass chandeliers through the ages. We hope that such work will appear in the future. - Dorota Gazy and Jan Tolboom